Below is an obituary from Conte-Giamberardino Funeral Home:

GEORGETOWN, MA — On Saturday, December 17, 2022, John “Jack” Enos passed away at the age of 98. Jack was born on October 1, 1924, in Boston, Massachusetts to Michael Enos and Emily (Caswell) Enos. He married Joyce Flanagan on February 7, 1948, and they raised two children, Beverly and Barry. Jack served honorably in the United States Army Air Force as an Aviation Cadet. He loved flying and one of his proudest moments was earning his “wings” on July 5, 1945. Jack was a long-time resident of Georgetown, Massachusetts, where he was dedicated to public service for over forty-eight years. He served in many leadership roles for the town of Georgetown, including as a member of the zoning board of appeals, and planning board, Selectman, and Assessor.

As a kid from “Southie”, education was very important to him. He assured higher education opportunities to his children, niece, nephew, and great grandchildren. His love of golf began as a caddie at the course in Franklin Park, Boston during the 1940s, and he shared his time on the links with many golf friends through the next many decades. Always a man of vision, he bought the property on Andover Street in Georgetown, turning it from a bankrupt, nine-hole golf course, to a private eighteen-hole country club, formerly known as the Georgetown Club. He had a lifelong passion for learning new things: building and expanding his two businesses, Colonial Engineering of Cambridge MA, and Vanguard Engineering, of Wilmington MA., early computer coding, investing in the stock market, real estate, and a variety of other projects that kept him very busy during his retirement years.

Jack will be remembered for his quick wit, his dry sense of humor, and his tireless pursuit of knowledge. Jack was a devoted husband, father, and grandfather, who was predeceased by his wife, Joyce (Flanagan) Enos, and son, Barry M. Enos. He is survived by his daughter, Beverly A. Enos, of North Andover, five grandchildren, and five great grandchildren.
Beverly remembers her father as a man who “always let us know we were loved every day and he was always proud of anything we did.”

Calling hours were held on Tuesday, December 20, at The Conte – Giamberardino Funeral Home, 14 Pleasant Street, Georgetown from 3-6 pm. A short service was held on Wednesday morning, December 21 at 11 o’clock in the funeral home. Interment with Military Honors  followed at the Harmony Cemetery, Georgetown. For florists, directions or to share a memory of John with his family, please visit www.cgfuneralhomegeorgetown.com. 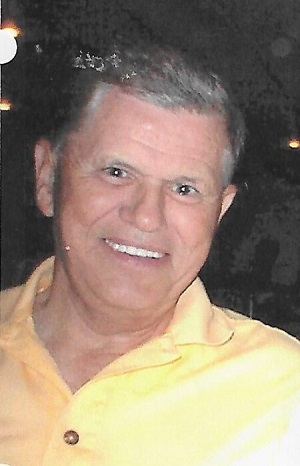