WILMINGTON, MA — Ann was born on February 23, 1946, in Lowell, Massachusetts. She was the daughter of the late Francis “Nifty” and Cecelia (O’Doherty) Hoban. Ann was raised in Wilmington and graduated from Wilmington High School in 1964.

After Ann and Robert were married, they built a house on School Street right next to the home where Ann grew up. There, they raised their three children, Karen, Ann-Marie, and Bob. Ann and Robert lived in Wilmington until retiring and moving to East Wakefield, New Hampshire in 2000.

Ann was “Grammy” to Billy, Ashley, Morgan, Caroline, Emma, Savannah, Sarah, and Jack. She was “Great-Grammy” to Lilliana and Zoe. Ann was a dear sister of Kathleen “Kay” Scanlon, Richard Hoban and the late Sheila Harrington and Francis Hoban. Ann is also survived by many loving nieces and nephews.

In lieu of flowers, memorial donations may be made in Ann’s name to the Mass. Audubon Society, Development Office, Mass Audubon, 208 South Great Road, Lincoln, MA 01773 or by visiting: http://www.massaudubon.org. 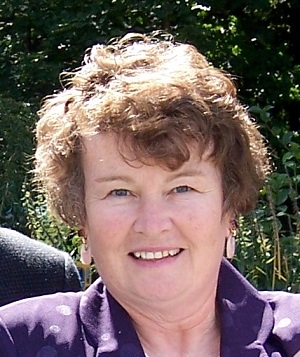