Joe was born on August 9, 1958, in Winchester, MA; he was the son of the late Joseph John Fiorenza, Jr. and Maureen (Williams) Fiorenza. Joe’s family lived in Stoneham for a short time, before moving to Wilmington. Joe was educated in Wilmington and attended Camp 40 Acres.

Joe moved to Arlington in his early twenties and made friends with everyone he met, including the police department. Joe had a special place in his heart for police and fire; he took a special interest in getting to know the entire force. After several years, Joe moved to Burlington.

Joe was an avid New England sports fan; he loved the Red Sox and Patriots. Joe enjoyed watching games with his family and friends.

Joe will be remembered for his kind heart; he never met a stranger. Joe had a great personality and looked forward to family gatherings and meeting new people.

Joe was the cherished son of the late Joseph J. Fiorenza, Jr. and Maureen (Williams) Fiorenza, dear brother of Mark S. Fiorenza & his wife Kim of Plano, TX, and Michael A. Fiorenza & his wife Aileen of Wilmington, loving uncle of Michael Fiorenza, Maura Fiorenza, and Jonas Clark, Great-Uncle of Baker Clark. Joe is also survived by his large extended family, as well as many friends.

Family and friends will gather at the Nichols Funeral Home, 187 Middlesex Ave. (Rte. 62), Wilmington, MA, on Thursday, October 6th at 9:00 a.m. followed by a Mass of Christian Burial in St. Thomas of Villanova Church, 126 Middlesex Ave., Wilmington, MA, at 10:00 a.m. Interment will take place in Wildwood Cemetery, Wilmington. Visiting Hours will be held at the Funeral Home on Wednesday, October 5th from 4:00-7:00 p.m. 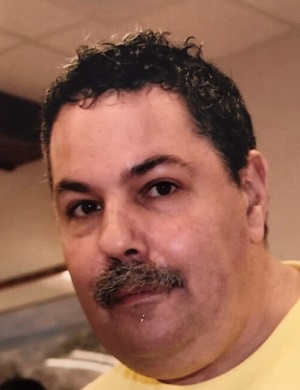