Below is an obituary from Farmer & Dee Funeral Home:

TEWKSBURY, MA — Mark S. Donovan, age 55. Middlesex Sheriff’s Office Captain and longtime Shawsheen Tech Assistant Dean of Students and Wrestling Coach, passed away at home in the care of his family on Sunday, October 10, 2021, following a courageous and hard-fought grapple with cancer.

He was the beloved husband of Patricia A. (Kelleher) Donovan, with whom he shared 32 years of marriage.

Born in Winchester on March 19, 1966, he was the son of the late George B. Donovan and the late Eleanor (Alves) Donovan.

Mark was a lifelong resident of Tewksbury and graduated from Tewksbury Memorial High School with the Class of 1985. During his high school years, Mark was a member and captain of the Tewksbury Redmen Wrestling Team. Following high school, he attended the University of Massachusetts-Amherst.

In 1986, Mark began his Coaching career at Shawsheen Tech where he would remain the head coach for the next 35 years. During this time, Mark cemented himself in the history books of Massachusetts wrestling. He was able to amass over 500 wins, 23 league titles, and coached 12 Division One State Champions. Three of which went on to be New England Champions. As a result of Mark’s commitment and dedication to High School wrestling, he was inducted into both the Massachusetts Wrestling Hall of Fame, and the National Wrestling Hall of Fame. Every year Mark would tell his student athletes that there were three important pillars in a young man’s life. These were: Family, School, and Sports, in that order. The order of these three words were the most important to Mark, because above all else, Marks greatest accomplishment was as a husband, father, and brother to his family.

Calling hours for Mark will be held at St. William’s Church, 1351 Main St., Rte. 38, Tewksbury on Thursday, October 14th, from 3-8 p.m. Mark’s Funeral Mass will be celebrated on Friday, October 15th, at 11:30 a.m. at St. Williams Church. Those planning to attend his Funeral Mass are asked to meet at the church. Interment to follow at Tewksbury Cemetery. At the request of Mark’s family, please omit Flowers. Donations honoring his memory may be made payable to the Mark S. Donovan Scholarship Fund and mailed to Tewksbury Police Athletic League, 1215 Main Street, Unit 103, Tewksbury, MA 01876. 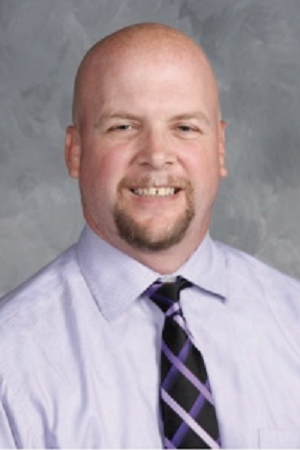