WILMINGTON, MA — John F. Banks, age 57, a life-long resident of Wilmington, passed away at home surrounded by his loving family on August 25, 2021 following a courageous battle with cancer.

John was born on May 21, 1964, in Cambridge, MA; he was the cherished son of Eileen (Cunningham) Banks and the late Frederick Banks. John grew up in Wilmington and graduated from the Shawsheen Valley Technical High School in 1983.

Following graduation, John went to work in the printing department at Harvard University. There he worked with his father and brother for more than twenty years. After Harvard, John held several positions before settling at Blue Reserve, where he installed water systems. A very dedicated employee, he loved this job and the people he worked with; John made many friends with co-workers and customers.

John married his wife, Patricia A. (Murphy) Banks, in 1995. They purchased their home in Wilmington, where they had many wonderful times together. John was happy to find a home in the town he grew up in, and to be able to stay close to family.

John loved the outdoors; he enjoyed snowmobiling and ATV-ing with Patricia and friends in Vermont and Maine. One of his favorite activities was fishing; he was an avid saltwater and freshwater fisherman. John loved spending the summers on his boat on Sebago Lake, ME. The friends he and Patricia made at their marina were like family to them. He enjoyed waterskiing and wakeboarding and showing family members “how it’s done”. John was a natural at any sport; he learned how to snowboard, rollerblade, ski, and kayak on his own. His motto to any activity was, “just do it.” John also had an interest in gardening, and proved to have quite a green thumb.

In his spare time, John loved to travel; his favorite trips were to Ireland. John and Patricia also loved to travel to the west coast of Florida; they have many memories of the trips they took and friends they made along the way.

John will be remembered for his “big heart.” He would help anyone in need and expected nothing in return. John also made sure he did his weekly “check ins” with family, usually with a cup of tea or two! John lived his life to the fullest and had a lot of fun times throughout his many adventures. He will be deeply missed by his family and friends.

Memorial donations in John’s name may be made to Dana Farber Cancer Institute, P.O. Box 849168, Boston, MA 02284 or via www.dana-farber.org/gift. 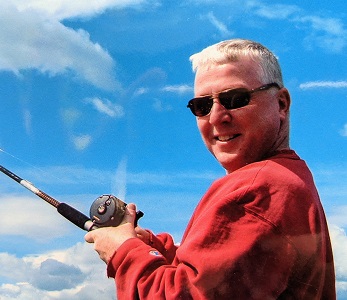