Below is an announcement from Johnson & Wales University:

A 2022 Great Northeast Athletic Conference (GNAC) First Team selection, Miele led the GNAC in assists (19) and was second in goals (25) and points (69) this season. She led the Wildcats to their second-consecutive conference crown and a berth in the NCAA Tournament.

Miele was named GNAC Player of the Week on October 3 and October 11. In the GNAC Championship against Simmons University on Saturday, November 5, Miele scored a pair of goals – including the game-winner – as the Wildcats won their second-consecutive conference championship. The Tournament MVP finished the three-game playoff with eight points on two goals and four assists.

Miele was named to the NFHCA Region I First Team in 2021 and later garnered NFHCA All-American Second Team honors. 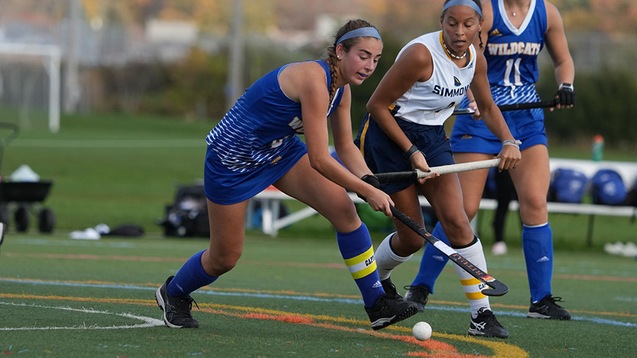