Below is an obituary from Comeau Funeral Home:

SANDOWN, NH — Jean F. (Morgan) Rheaume, 91, wife of Nelson J. Rheaume, passed away April 16, 2022 at Parkland Medical Center in Derry, NH with her loving family by her side.

Born in Wilmington, MA, she was the daughter of the late Joseph P. and Eloida B. (Demerritt) Morgan. Raised in Haverhill, she was a graduate of Haverhill High School, Class of 1948. She worked in the Pentucket School system in the cafeteria and as an Expeditor at Lucent Technologies. After her first husband, George Warner, passed in 1989, she met and married Nelson J. Rheaume in 1996. With her husband, she enjoyed cruising, traveling and they were snowbirds in Winter Haven, FL. Jean also enjoyed gardening and spending time with her loving family. A devoted wife, mother and grandmother, she will be missed by all who knew and loved her.

In addition to her loving husband, she is survived by her children, Brian Warner and his wife Sherry of Haverhill; Bruce Warner; grandchildren Jarred Warner, Shannon Warner and Kelsey Warner; sister, Arlene Warner of Danville, NH; and several nieces and nephews. In addition to her first husband George Warner, she was predeceased by her brother Ernest Morgan and sister Bertha McGrath.

Family and friends are respectfully invited to attend calling hours on Thursday, April 21 from 10:00AM until 11:30AM at the Kevin B. Comeau Funeral Home, 486 Main St., Haverhill. A Mass of Christian Burial will be celebrated following at 12:00 Noon at St. John the Baptist Church, 110 Lincoln Ave., Haverhill. In lieu of flowers donations may be made in her memory to the Michael J. Fox Foundation, P.O. Box 5014, Hagerstown, MD 21741-5014. 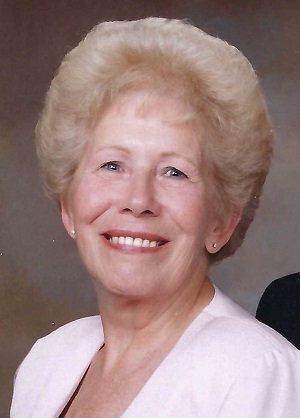