Ginny was born on May 12, 1930, in Chelsea, MA; she was the cherished daughter of the late Augustus and Bertha (Vorderer) Smith. Ginny was raised on Salem Street in Wilmington, where she resided for most of her life.

Ginny met her husband, John “Jack” Drohan, at his aunt’s house, where he was fixing the stove. It was love at first sight; Ginny and Jack got married and settled in Ginny’s family home, where they raised their two daughters, Debra, and Tracie. The family had many wonderful memories together before Jack’s passing while the girls were very young. Ginny, with her strength and perseverance, continued to raise the girls. She also was very special to Brian and Karen, whom she raised as her own.

Family was everything to Ginny; she loved to spend time with her children and grandchildren. Ginny enjoyed her trips to Dunkin Donuts for coffee, lobster rolls in the summer, shopping or simply just going out for lunch. These are the memories that meant the most to Ginny.

In her spare time, Ginny enjoyed dancing, especially at the Commodore Club in Lowell when she was young. She also liked to take trips to Florida for family vacations.

Ginny was a devout Catholic who attended Mass regularly before her illness.   She had her evening ritual of praying the rosary daily.

Ginny will be remembered for her strength before she was diagnosed with Alzheimer’s Disease. She moved to Hudson, NH with her daughter Tracie, son-in-law Bob and their children, where she was cared for until her passing. Ginny was a caring mother, grandmother, and friend to all. She will lovingly be missed by all the lives she touched.

“What we have once enjoyed deeply we can never lose. All that we love deeply becomes a part of us.” – Helen Keller

Family and friends will gather at the Wildwood Cemetery, 233 Middlesex Ave., Wilmington, MA on Thursday, February 3rd at 11:00 a.m.

The Beauregard Family would like to extend their sincere appreciation to the Brookhaven Hospice for their care and compassion during Ginny’s final days. Memorial donations in her name may be made to CHA Foundation, c/o Brookhaven Hospice, 500 Faulconer Drive, Charlottesville, VA 22903.

Arrangements under the direction of Nichols Funeral Home, Wilmington, MA. 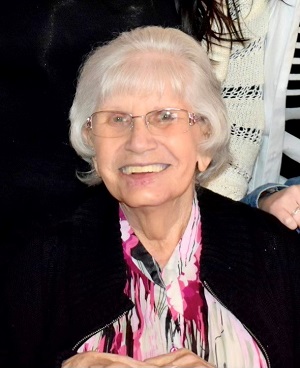