Below is an obituary from O’Donnell Funeral Services:

BOXFORD, MA — Mrs. Jean (Jolly) Melzar, age 95, entered eternal rest in God’s arms on August 2, 2021, at the Kaplan House in Danvers, MA with family at her side. Beloved wife of the late Frederic P. Melzar. Born to Joseph W. and A. Gladys (McLane) Jolly, she first lived in Somerville, MA, then moving to Wilmington, MA, where she grew up.

She was a member of Wilmington High class of ’44. After graduation, she worked at Ward’s Stationary in Boston and then attended Melrose-Wakefield Hospital School of Nursing, and upon graduation (as an RN), worked in the operating room at Winchester Hospital.

She met her eventual husband, Frederic, at the Congregational church in Wilmington and they were married there in 1950. Over the next 13 years, she became the loving wife to her husband and always-giving mother to her six children.

Family gatherings for the holidays were very important to her. She was “there” for both her mother & mother-in-law at those times. And continued the tradition as matriarch.

Very artistic and into crafts, she enjoyed immensely her time with the “Thursday girls” doing all sorts of craft projects; from painting watercolors and trays to Christmas ornaments.

A long time volunteer at the Red Cross bloodmobiles and the BoxTop Shop in Topsfield, MA, she was always looking to help others in their journey through life. Never asking.

Surviving children are Victoria (John) Maxwell of Londonderry NH; Steven P. of Boxford; Frederica Gieda of Franklin MA; Jonathan P. (Christina) of Sterling MA; and Jocelyn (Scott) Schramm of Groton CT. Also survived by son-in-law Alan Briggs of Winchester MA and 8 grandsons, a granddaughter and a great-grandson. As well as 2 special people; cousin Lois Dobbyn of PA & sister-in-law Eugenia Shepard of ME. She was predeceased by her beloved Frederic (1989), daughter Alexandra Briggs (2014), and son-in-law Eugene Gieda (2019). 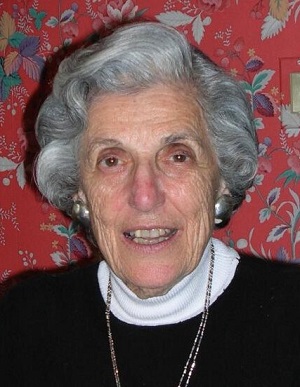