WILMINGTON, MA — Mathias Bryant Bedell, fondly known as “Bryant” to his family and friends, of Haverhill, formerly of Wilmington, passed away peacefully on June 12, 2021, at the Boston Medical Center; he was 88 years old.

Bryant was born on December 31, 1932, in Winchester, MA; he was the dear son of the late LeRoy and Vilma (Bryant) Bedell. Bryant was raised and educated in Wilmington and a graduate of Wilmington High School with the Class of 1952.

Following graduation, Bryant, enlisted in the United States Navy on January 27, 1953; he served overseas aboard the USS Salisbury before returning Stateside to California. Bryant was honorably discharged on December 21, 1956, and returned home to his family.

Upon his return from active duty with the Navy, Bryant went to work for his father and the family business, Bedell Brothers Insurance Company located in Wilmington Center. Bryant had a great work ethic, vast knowledge of the insurance industry, wonderful people skills and a great personality; these were all attributes that made him quite successful throughout his career. Bryant along with his brother Bennett took over the family business in 1960 and ran it successfully for many years before retiring.

Bryant had a thirst for knowledge and was well read in many subjects; that along with his love for helping people and involvement is his community led him to sit on the Board of Directors at Mass Bank for over 30 years and the Board of Directors at Winchester Hospital for many years as well. He was a long-time member and Past President of the Wilmington Rotary Club where he had many friends, involved himself in community activities, fundraisers and threw memorable yearly Clam Bakes for the whole club.

In his spare time, Bryant enjoyed reading, traveling, and spending time with his family and friends. Bryant was an all-around “good guy” and will be forever missed by all who loved him.

At Bryant’s request, his Funeral Services will be private. 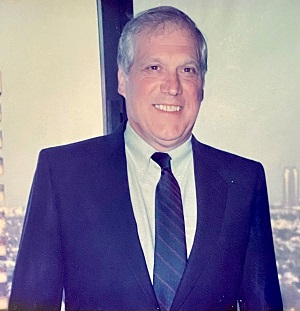