Ken was born in Dorchester on September 18, 1939, the second son of Daniel and Mary (Foley) Lydon. When Ken was 7, after the death of his father, he and his brother, Dan, moved with their mother to the Old Harbor Housing Project in South Boston. When he was 10, his mother passed away and he went to live in Hyde Park with his cousin, Margaret “Rita” Russell and Godfather, Joseph Russell. Ken’s three new sisters embraced him as their big brother. Susan, 8, Kathy, 5 and Margaret, 2 would be Ken’s family for the remainder of his life.

Sports were a key part of Ken’s life. He played all sports as he grew up in Hyde Park. Football and basketball were his favorites and he played both at Hyde Park High School.

After graduating from high school, Ken spent a year at Northeastern University. He then enlisted in the United States Navy and found a new love in his life. He served in the submarine service aboard the USS Carbonero SS 337, which was stationed at Pearl Harbor, HI. He was discharged in 1962 and began a 41 yearlong career with New England Telephone. He retired from Verizon in 2003.

Shortly after he left the Navy and as he was beginning his career with the phone company, Ken began dating Donna Mae Reilley, a lovely young lady from Arlington. She was the love of his life. In August 1964, soon after Donna graduated from Boston State Teachers College, the two were married.

They lived in Quincy, Hyde Park, and Dorchester. In 1967, they welcomed a baby boy, Christopher, to the family. In 1968, the loving family expanded to include brother, Russell. In 1969, Ken and Donna bought a home in Wilmington. Soon after the move north, the family welcomed daughters Catherine in 1969 and Jennifer in 1971.

When he moved to Wilmington, Ken became very involved with volunteer opportunities in the town, including coaching both Pop Warner football and recreational basketball. Ken became a member of the American Legion and was a past commander. He served as the Grand Knight for the Knights of Columbus, District Deputy, and was a fourth-degree member for The Bishop Delaney Assembly. Ken was a member of the VFW and both the Submarine Veterans Marblehead Base and International Submarine Veterans.

Ken and Donna traveled extensively to attend submarine reunions and Submarine Veterans Conventions. The family spent many vacations at the beach in Seabrook, NH and took ski trips to Bretton Woods, NH. One of Ken and Donna’s most memorable vacations was a 23-day trip to Ireland with Pat and John Mc Donald. But their best vacation was their 25th wedding anniversary celebration- three weeks in Hawaii on the islands of Oahu, Maui, and Hawaii.

By 2002, their children were launched. They had so much to look forward to- fun, vacations, and grandchildren. But this was not to be. That year, Donna was diagnosed with tongue cancer. For the next 13 years, Ken was Donna’s loving caregiver until she lost her battle to this deadly disease in 2015.

In 2016, Ken was diagnosed with pancreatic cancer. His family, especially his daughters who lived nearby, rallied around him. He was cancer free for many years following the surgery and treatments.

Ken is survived by his son Christopher, his wife Pam, and grandson Jack from Marietta GA; son Russell Lydon, his wife Patty, and Ken’s granddaughter Delaney, grandson Nick and his great grandson Wyatt Russell Gustafson of Clifton Park NY; Catherine (Kati) Lydon Murphy, and grandsons Russell and Matthew of Billerica, and their father, James Murphy; and Jennifer Lydon Theodos, her husband Sean, and Ken’s grandson Sean of Wilmington. Ken is also survived by his sister, Margaret Russell Ciardi, and her husband Gregory of Northampton, MA. Also, sisters, Katherine Keenan and her husband, Robert of Easton, MA, and Susan Bulis and husband Ted of Sebastian FL. Ken is also survived by many cousins, nieces, and nephews.

Family and friends will gather for Visiting Hours at St. Thomas of Villanova Church, 126 Middlesex Ave., Wilmington, MA, on Monday, May 3rd from 9:45-11:45 a.m. immediately followed by a Mass of Christian Burial at 12:00 noon. Interment with Military Honors will follow in Wildwood Cemetery, Wilmington, MA.

Funeral arrangements are under the direction of the Nichols Funeral Home, Wilmington, MA. 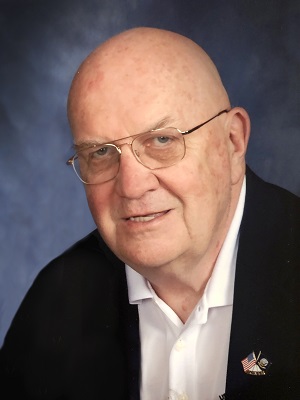