WILMINGTON, MA — After a long illness that slowed her body but never quieted her spirit, Janet Elaine (Ford) McLaren, 68, of Wilmington, took the hand of her late husband and headed Home in the early evening hours of March 6. She was comforted by the voices of her sons and grandchildren…just the way she’d want to see her way out of this world.

Janet was born on July 17, 1952, to the late Preston and Jean Ford, in the town of Ebenezer, on Prince Edward Island, Canada. Raised on the family farm, Janet yearned to see the world and took a job as a nanny in Boston, MA. There, she caught the eye of her husband, Nelson, who would win her over on April 27, 1974, and with whom she spent nearly 33 happy years with during this life. Now, she continues that love story with him for eternity. Together, they raised their three children in Wilmington and were heavily involved in the community with their participation in their boys’ sports, community organizations, and their employment with Wilmington Public Schools.

Janet owned and ran KCD Cleaning, a residential and commercial cleaning business, for over 20 years before finding her greatest career blessing, serving her community by working with students with disabilities. Her love for them endured until her final days, and her connection with their families endures to this day. Even in retirement, she maintained contact with “her kids,” who had a place in her heart right next to her own family.

Family was important to Janet. Her legacy endures in her children and grandchildren. She leaves behind her sons – Keith, Craig (Jennifer), and Derek (Olivia)– to regale people about her life. Her greatest legacy is her closeness to her grandchildren, her “babies”: Andrew, Faith, Duncan, Waylon, William, and Nelson. She is further survived by her sisters – Donna Doiron, Wilma Crawford, and Wanda Newson; her brothers – Roger, Lowell, and Earl Ford; her brother-in-law, Richard McLaren; her sister-in-law, Shirley McLaren; and several brothers-in-law and sisters-in-law, nieces, nephews, and cousins. Along with her husband, she reunites with her brother, Keith Ford, and her brothers-in-law, John and Ronnie McLaren.

Unapologetically herself, Janet lived her best life by encouraging and supporting those around her. A piece of friendly guidance or motherly advice was available from her, even if you were not ready to receive it. Those who knew her saw her loyalty, compassion, and willingness to see the best people had to offer. She was always available to step up to watch a child, donate her time to a cause, or see a friend through hardships, and she always did it with a smile on her face. To her dearest friends, thank you for your tireless love and support of Janet. You all made her laugh, hope, and reflect in the loveliest ways. She was surrounded by love always, and we are all grateful for that. Please always feel free to share your stories of Janet with her family; we’ll love hearing them.

In lieu of flowers or other remembrances, Janet asked for donations to be made to Autism Speaks (www.autismspeaks.org), an organization that supports autistic children and adults, as well as the families who love them. This was near and dear to Janet, in both her family and work life. Janet requested that there be no wake or funeral in her honor; instead, she requested a celebration of life, when COVID protocols are no longer needed, and her loved ones could come together safely to celebrate and honor her life. Her final journey will see her placed in her two “homes”, alongside her husband at the Wildwood Cemetery, and in a special spot on Prince Edward Island she picked herself. 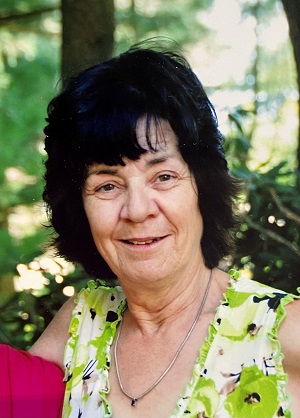