Below is an obituary from Farmer & Dee Funeral Home:

He was the beloved husband of Susan (Green) Curtis, retired pastor of the Tewksbury United Methodist Church.

Born in Stoneham, Maine on March 12, 1935, he was the son of the late Ervil L. Curtis and the late Catherine E. (Littlefield)(Curtis) Taylor.

Ivan attended Fryeburg Academy and graduated from Norway High School in 1953. He later attended Keen State College where he received a Bachelor’s Degree in Education.

Ivan served in the U.S. Air Force during the Korean War and was awarded the National Defense Service Medal and the Good Conduct Medal for his active duty service.

Prior to his retirement, he worked as a cabinet maker and finish carpenter. In addition, he was a teacher at the Coolidge Junior High School in Reading for 22 years and the Lynnfield High School for 14 years.

Ivan was a member of the Wamesit Masonic Lodge AF & AM of Tewksbury.

He enjoyed woodworking, oil and watercolor painting, hunting and fishing. Ivan was a devoted father, grandfather, uncle, and friend, and enjoyed spending time with his children, grandchildren and his friends as well as his many extended family members.

Ivan leaves his beloved wife Susan, with whom he shared 62 years of marriage; two children, David P. Curtis and his wife Karyn (Pike) of Tewksbury and Deborah S. Pike and her husband Glenn of Essex; four grandchildren, Kathryn and Jason Curtis, Benjamin and Jared Pike.

Due to current Covid-19 gathering limitations, there are no services at this time. A memorial service celebrating Ivan’s life will be held at a future date. Interment of Ivan’s ashes will be at the Hillside Cemetery in Stoneham, ME. Donations honoring his memory may be made to St. Elizabeth’s Episcopal Church, 4 Forest Street, Wilmington, MA 01887 and Shriners Hospital for Children, donate.lovetotherescue.org. 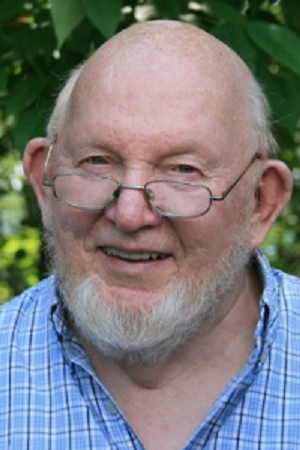