Below is a press release from the North Reading Fire Department via John Guilfoil Public Relations:

NORTH READING, MA — The North Reading Fire Department responded to a 2-alarm fire at a home on Sunset Avenue on Saturday, November 14, 2020.

At approximately 12:15 p.m., North Reading Fire responded to a two-story single-family home on 16 Sunset Ave.nue for a report of a fire. Upon arrival, crews witnessed heavy smoke and flames coming from the rear side of the home.

A second alarm was immediately struck and fire departments from Middleton, Lynnfield, Wilmington, Reading and Wakefield responded to the scene to provide mutual aid. Members of the Andover and Lynnfield Fire Departments responded to provide station coverage.

The North Reading Police Department also responded and closed the area of Sunset Avenue. The road has since been reopened.

Firefighters were able to successfully extinguish the flames and had the fire under control by approximately 2:30 p.m. The scene was cleared at 4 p.m.

All residents made it out of the house safely, and there are no reports of injuries. One cat died as a result of the fire. The home’s smoke detection system played an integral role in providing an early warning about the fire and ensuring that help could arrive quickly.

Fire crews were able to extinguish the fire, but the house sustained significant damage. The family residing in the home has been displaced as a result of the incident and is being assisted by family members

The origin and cause of the fire is under investigation by the North Reading Fire Department and the Massachusetts State Fire Marshal’s Office. 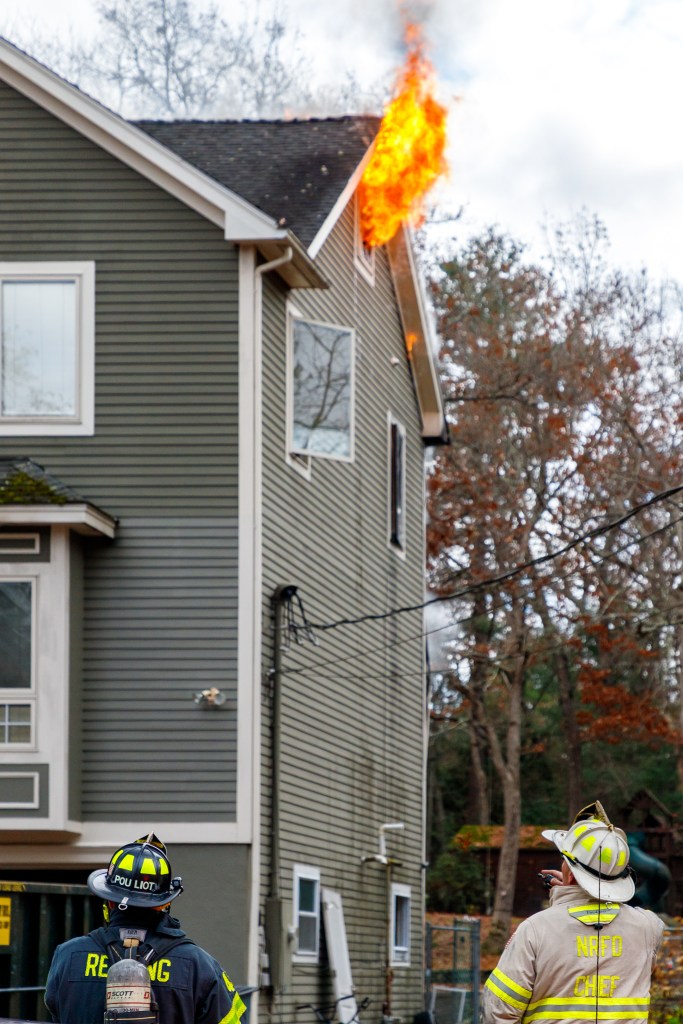